Thin Crust Dough is probably the most widely known type of pizza dough and is usually used for traditional pizzas throughout Europe and in the United States.

Thin crust pizza bases are perfect for pizza lovers who prefer to taste more of the sauce, cheese and other toppings and don't want to be filled up too quickly. It's usual to make thin pizzas larger than thick based pizzas.

As stated above, fan assisted ovens tend to cook pizza's quicker than traditional ovens. You can usually reheat your pizza in around 5 minutes. But beware that it's not advisable to reheat pizzas with a meat topping. 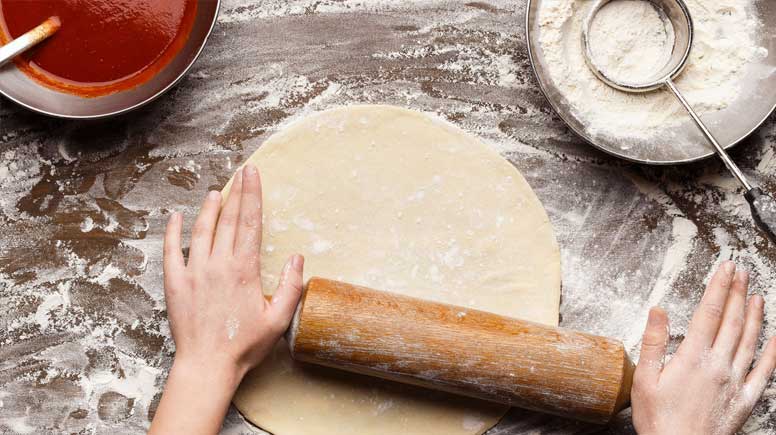 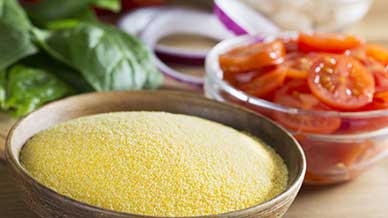 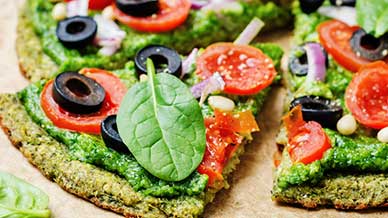 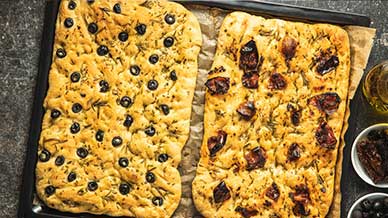 Sicilian pizza dough has its toppings baked directly into the crust. An authentic recipe uses neither cheese nor anchovies. Pizza Hut's Sicilian Pizza, introduced in 1994, is not an authentic example of the style as only garlic, basil, and oregano are mixed into the crust. 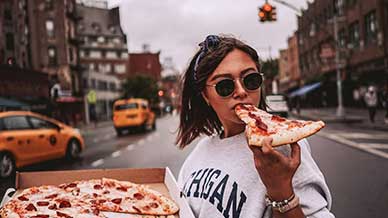 Cooking pizzas with this dough should be done on a baking stone. Using a pan will produce a very soft "doughy" crust. The stone in the oven should be preheated to 500F for an hour prior to baking, and should be placed in the middle of the oven. (This recipe makes about 34 oz. Adjust ingredient amounts for your purposes) 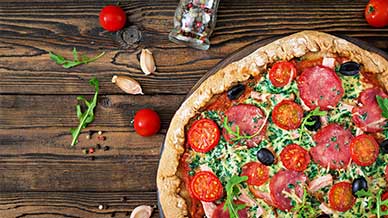 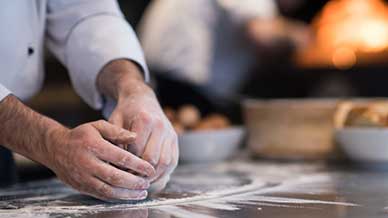 Here's a quick and easy pizza dough recipe. You can make pizza dough with the aid of a food processor or a bread machine, but this recipe is done by hand. 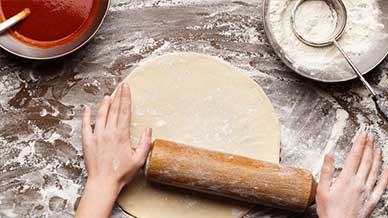 With this recipe you can make a delicious crispy pizza dough. Your pizza will be thin and firm, with a nice crispy crust.